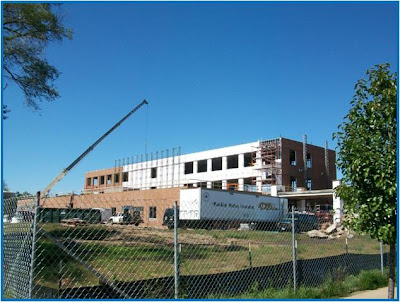 
The Federal government should guarantee municipal bonds to accelerate public works construction. This would encourage local governments to improve needed roads, sewer & water, curbs and sidewalks, schools, and other important infrastructure this year when we need the stimulus. Put America back to work. Build America now!

This is the year for municipalities, school districts, and other governments to build major capital projects. We need the economic stimulus and jobs. Contractor prices are low. They need work, and we need infrastructure improvements. This would be a great way to stimulate our economy.

The goal is to help communities stay vital and not slip into an irreversible decline. Schools and community infrastructure are critical to supporting home values and stemming the declines we have seen in recent years.

Most local governments have a backlog of needed public infrastructure improvements. With support and encouragement from the Federal government, we could have major local programs underway soon.

This should be a very simple and low cost way to stimulate substantial public works expenditures this year.

As economic uncertainty continues, corporations cut back on spending and jobs. This is the correct course of action for them - they have to stay solvent to survive.

State and local governments, however, often act like private corporations. They, unlike the Federal government, cannot print money. But for many reasons, this is the wrong course of action. Local governments can borrow money at cheap tax exempt rates, and build needed public improvements such as improved roads, schools, and sewer and water systems.

A Federal guarantee would ensure good rates for all municipal and State borrowers. This would be a strong incentive for local governments to borrow and construct needed improvements now.

This stimulus effort by all levels of government is a safe and effective way to get America back to work. Local governments are good at building local public works projects that are needed and worthwhile. They usually do a good job at cost containment. And they seldom default, so the risk to the Federal government is quite low.